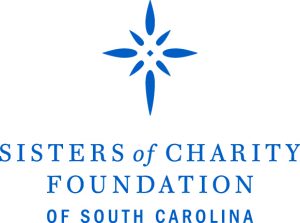 (COLUMBIA, S.C., April 10, 2018) – The Sisters of Charity Foundation of South Carolina, in partnership with The Duke Endowment, enters into its third year of funding for the Well-Being of Children in Kinship Care pilot project.  Through intensive case management, tools and resources the project promotes permanency, safety and well-being of children in the Kinship Care program.  The first of its kind in South Carolina, HALOS serves families who are providing a home to child relatives so that foster care placement is not required. The overall goal of HALOS Kinship Care program is to support relatives or other adults by empowering and strengthening caregivers to be advocates for themselves in order to improve outcomes of the children in their care so that families can stay together.

Funds provided by the Sisters of Charity Foundation of South Carolina will be used to support a HALOS Success Coach, Volunteer Coordinator, education/training, emergency funds for kinship families and advocacy. The Success Coach works to ensure that the family is stable, healthy and that the child’s emotional, social and developmental needs are supported.  This additional support is available to these families for up to 18 months.   This is the third disbursement of funds from the Sisters of Charity Foundation in partnership with The Duke Endowment totaling $1,017,014.

According to Kim Clifton, Executive Director of HALOS, “The continued support of the Sisters of Charity Foundation of South Carolina and The Duke Endowment allows us to continue on our path of service to kinship families.”

An outgrowth of a Listening Session held with HALOS kinship caregivers in 2012 and further research on the needs of children in kinship families, the Foundation launched a Kinship Care Initiative in September 2014. In addition to grantmaking, the Foundation facilitates the convening of a Statewide Kinship Care Advisory Council to examine ways to better serve kinship families, within and outside the child welfare system, through improved practice and policy.

Continued funding of HALOS aligns with the goals of the Kinship Care Initiative. “HALOS is serving as a model for kinship programs that we hope could be eventually be replicated,” Tom Keith, President, said.

About the Sisters of Charity Foundation of South Carolina

Director of Communications and Public Information