Dec. 20, 2016 – Meka S. Sales has been named Director of Special Initiatives at The Duke Endowment. 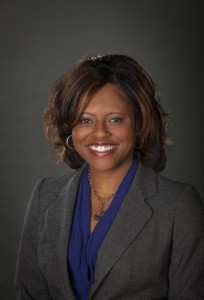 Sales joined the Endowment in 2007 as a program officer in the Health Care program area. In her new role, she will manage the Endowment’s developing place-based strategy to improve outcomes for young children. The strategy envisions a decade-long investment in selected communities to improve outcomes along social/emotional, physical health, and educational lines. Target communities are expected to be selected in 2017. Funding for planning will come, in part, from Blue Meridian Partners, a new capital aggregation collaboration that includes The Duke Endowment.

“As the lead program officer for several of our special Health Care initiatives, Meka has developed strategic ways to address critical needs in the Carolinas,” said Rhett Mabry, the Endowment’s president. “In this new position, she will use that expertise to help create our regional strategy for the proposed early childhood work.”

Sales began her career as a communications professional with C-SPAN in Washington, D.C. After witnessing the effects of health disparities within her own family and community, she pursued the health promotion field and worked at American University as an adjunct professor and manager of the U.S. Postal Service Headquarters Health Promotion Program. In 2005, she joined North Carolina Health and Wellness Trust Fund as the first childhood obesity program officer. Trained as a health educator, her areas of expertise include obesity prevention and health equity.

In 2011, Sales was nominated to serve on the U.S. Department of Health and Human Services Southeastern Health Equity Council as a founding council member and she is currently a co-chair of the council. She is also a member of the New Generation of African-American Philanthropists and is a 2016-2017 Association of Black Foundation Executive’s Connecting Leaders Fellow.

Based in Charlotte, The Duke Endowment is one of the largest private foundations in the Southeast. Its work in North Carolina and South Carolina focuses on four program areas: Child Care, Health Care, Higher Education and rural United Methodist churches.

The Endowment has distributed more than $3.3 billion in grants since its inception in 1924. The foundation shares a name with Duke University and Duke Energy, but all are separate organizations.